Interview with Nina van Gorkom about the Abhidhamma. Nina is the author of the book Abhidhamma in Daily Life.

Question: Can you say in short what is the Abhidhamma?

Nina: The Abhidhamma explains what life is. Before hearing the Buddha's teachings we had different ideas about life. Life is only one moment and it changes all the time, it falls away immediately. At the moment of seeing, life is seeing, at the moment of hearing, life is hearing. The Buddha explained about all that can be experienced through the senses and the mind. We always thought that life is permanent, and that there is a self coordinating all experiences. The Buddha explained that there is no self, only momentary realities that change all the time. What we take for a person are different mental moments and physical moments. None of these moments can stay and they cannot be controlled, and they cannot be caused to arise.

Question: How did you come into contact with the Abhidhamma?

Nina: I came to Thailand and met Acharn Sujin. I was looking for something but did not know what. I thought that there must be something else apart from parties and all the things that keep us busy in daily life. She explained that vipassana, insight into what is real, can be developed in daily life. Since I had a very busy life I thought that I could not retire and stay in a quiet place. She took me to the provinces, outside Bangkok, and explained to me simple things in the situatiion of daily life. For example, when we worry or have problems, these are only moments of thinking. She did not wait explaining to me about nama, mental phenomena , and rupa, physical phenomena. She explained that these are different kinds of reality. Nama can experience something and rupa cannot experience anything, but it can be experienced. She explained realities as they occur in different situations. Situations are not realities. We think of people and things but actually there are only nama and rupa. We can think of situations, ideas, concepts, and thinking itself is a reality. But what we think is not real in the absolute sense.

Question: How did you begin studying the Abhidhamma?

Nina: By reading suttas and listening to Acharn's radio programs. I listened each morning during breakfast. In this program she explained about citta, a moment of consciousness, that arises within a process or series of cittas. She enumerated each of these moments of citta that succeed one another, explaining this each day again and again. In this way one could learn about the processes of citta. Asking questions I found important. Every time I visited Acharn I had a whole list of questions. She also made me work, writing about Dhamma. She had an English program and every fortnight there had to be a new program. I had to think it over and write down what I had reflected on. That was very helpful for the development of understanding.

Question: It was a favorable condition that there was a teacher near you.

What advice do you have for others who want to begin with the study and do not have a teacher near them?

Nina: The Buddha said all the time that one should listen to the Dhamma and consider what one hears. This can also be done by reading of the texts, but that is not sufficient. Discussion helps, such as we do at our online meetings, asking questions, discussing and reflecting on what one has heard. There are no other means than these.

Nina: Before coming into contact with the Buddha's teachings we always thought of a self who coordinates all experiences, such as I see, I think, and also the brain plays its part. The Buddha's teaching is quite different. There are specific conditions for each moment of citta. The visual object and eyesense are conditions for seeing, they associate so that seeing can arise. At the same time is seeing result of a former deed or kamma. There are many types of citta. Seeing and hearing are results of kamma, deeds committed in the past. We see and hear agreeable objects or disagreeable objects, seeing and hearing are results of good deeds and evil deeds. Then there are reactions to these experiences, these are more the active side of our life. We can react with wholesome consciousness or unwholesome consciousness, and this is also conditioned. It is conditioned by accumulations of former experiences. Because of our education, what our parents taught us, there may be wholesome moments of generosity, moments of assisting others, and such good qualities fall away immediately together with consciousness. But each moment of consciousness conditions the following consciousness and that is why good and bad qualities can be passed on. They are never lost, they are passed on from one moment of consciousness to the next one, from one life to the next life.That can be called accumulation, accumulation of good and bad qualities in consciousness. Such accumulations are among others a condition for the way we react to sense impressions.

Nina: The Abhidhamma helps one to know oneself, but what we call self are actually the changing moments of consciousness. The aim of the Buddha's teaching is not having more wholesomeness and less unwholesomeness. The aim is understanding, understanding that whatever arises is conditioned. It cannot be controlled, but it can be understood. One reacts to whatever occurs with attachment or with aversion, and these have arisen already. It is not possible to make them disappear, but they can be understood as conditioned elements, thus, as non-self.

Question: Can you say more about feelings and emotions?

Nina: We find feelings about our different experiences so important. We think of my feelings, my problems. It means that we are engaged with ourselves.

Feeling in the Buddha's teachings is different from emotions as we see them in the conventional meaning. Feeling is only a mental factor, cetasika, which accompanies each citta. Its function is tasting the object that is experienced by citta. There are not only pleasant feeling and unpleasant feeling, but also indifferent or neutral feeling. Seeing now is accompanied by indifferent feeling. We believe that there is at that moment no feeling, but there is indifferent feeeling and it falls away immediately. Feeling is a reality that is quite different from what we consider feeling in conventional sense. We are very attached to feeling and our ideas about feeling, but actually it is only a cetasika that falls away immediately. When we have problems in life we find them very important, but in fact these are only moments of thinking with different cetasikas such as aversion which falls away immediately. We believe that we can control them but in the end they are solved in a way that is totally different from what we expected. I experienced that during my journey. I was worried but my traveling which I find so difficult. I was reminded by a friend that in that way I was occupied with myself. I could not have any control. They were always solved in a way beyond expectation. I was worried how I could manage without a walker when arriving in Thailand and Vietnam. But there were walkers when I arrived, people had given them to me. I could not have known this ahead of time.

Sarah had given me very good reminders about worry. she had just had an accident, an electrical shock because of touching an electric device. She was flung from one side of the room to the other side. Shortly afterwards she spoke very helpful words to me to remind me of the truth while I was worrying, but she could not remember what she had said. Those were kusala cittas that conditioned her speaking. It was beyond control.

Question: We always want to experience agreeable emotions. Can you add something about that?

Nina: When we do not have them as expected we are disappointed. One cannot control anything and one has to accept that.

I Heard during our sessions about people who awoke during the night because of fear, but that is not in accordance with the Buddha's teachings. There should be a removal of a burden when one follows his teachings. One cannot control whatever happens, but one can come to have more understanding.The Path of the Buddha does not have anxiety as effect.

Question: But we all have fears. How should we see these in according with the Abhidhamma?

Nina: By not taking them for self or mine. Only a mental reality, not self. One can never know the next moment.

Question: Alertness or paying attention is a very important factor.

Nina: This word may be misleading. We need a word that is a translation of sati but alertness could suggest a self who is alert and notices whether a reality is wholesome or unwholesome. It may give an idea of a self who notices this. Sati is a cetasika that can only arise with a wholesome citta. It is non-forgetful of what is wholesome. There are many levels of sati, such as sati that is non-forgetful of generosity. Or we have an opportunity to help someone else, but we are lazy and do not move. But when sati arises because of conditions, it remembers that helping is wholesome and then we will help others. That is only one level. There is also sati of a higher level. There are many different realities such as seeing, thinking of what is seen, attachment, and then there is the realization that understanding of these realities is beneficial. It is not self that realizes this, it is sati. Sati is mindful, non-forgetful, of whatever reality appears. Sati may arise or may not arise, we do not know ahead of time, we cannot arrange for it.

Question: which were the four points that were mentioned during your journey as conditions for understanding?

Nina: Listening to the teachings, and this can be by means of discussion or reading. Considering what one heard, thus, not merely passively listening. One does not have to do this deliberately, but later on during the day, for example, there may be conditions to recall what one heard or what one read and reflect upon this. These are two points. The third point is that considering the Buddha's words is to be in daily life. It is not necessary to go to a specific place. It has to be in daily life. While we are talking or in the kitchen we can consider the Dhamma we heard. The fourth point is confidence, confidence that this the Buddha's word, and that we can develop understanding of what he taught.

Question: are these four points helpful to establish sati?

Nina: We should not have an idea that it is necessary to establish sati. It depends on conditions whether or not sati arises. What is most important is not alertness, but understanding, the understanding of the different moments of consciousness and the physical phenomena, nama and rupa. This is the aim and it can condition later on direct understanding of realities through satipatthana. We should not have expectations. When we have expectations there is already attachment. Whatever attachment there may be, it is counterproductive. 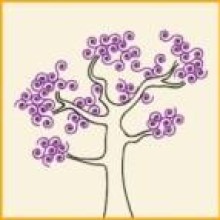